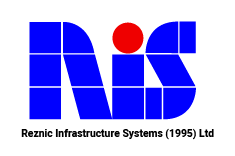 Industrial effluent can be dangerous for the environment and human beings. Effluent that are not handled correctly and are discharged to the water sources in nature will eventually hurt people and the ecological systems around them.

Following that, the Ministry of Environmental Protection supervises and brings out regulations for taking care of industrial effluent. Mostly, the effluent will be transferred for re-usage in agriculture or purifying for discharging it to municipal sewers and water sources if possible.

The public bodies do the supervision on the toxins discharging in the effluent – water monitoring (councils/municipalities/water and sewage corporations), which is frequent and meticulous. In addition to basic monitoring, monitoring (sewage sampling) of the establishments or farmers is required, accordingly, is called “supplementary monitoring”. The monitoring are sent to the Ministry of Environmental Protection for testing and analyzing their results, and then drawing conclusions regarding how to treat effluent.

There are a few ways of handling industrial effluent that are done in the sewage treatment plant: the intensive and extensive. There are various possibilities for combining both methods.

The intensive method contains three treatment stages in effluent: mechanical, biological and treatment of disposing specific toxic substances and after that purifying. This method separates the solids and the toxic substances and sinking them, between the organic substances. In the end of the purifying, you can use the waters as reclaimed water for agriculture. A sewage treatment plant requires a large area for the processes the waters go through. Due to the lack of spaces in the northern and central areas of the country, this method is preferred because it allows less space to be used, but it also has some disadvantages: the method is expensive, leaving a toxic sludge at the end of the process that also needs to be treated.

The second method is the extensive method. This method is all about placing sewage water in anaerobic (oxygen free) stabilization pools, alongside shallow aerobic pools (with oxygen) that develop algae, and vegetation in which the polluting organic matter decomposes. This method requires many spaces for the pools, and a longer time until the water is purified (up to 10 days), but the operation cost is not high. Its big disadvantage is that it does not lead to the decomposition of inorganic substances such as nitrogen and phosphorus.

Following that, the Ministry of Environmental Protection recommends on combining both of the methods for receiving a high quality result of reclaimed water with no toxins or pollutants, or leftovers like the toxic sludge.

Purifying the sewage waters is an important process for keeping the environment and the water sources. The purifying demands many areas and budgets, but it’s vital for preventing pollution and risking the water sources we drink from and swim in, and eventually – exist from. 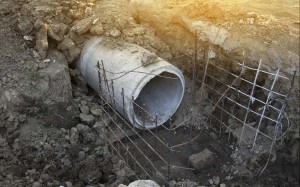 The road to improving results begins with us!

The data was sent successfully